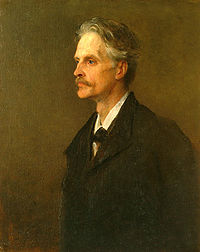 A Study of the Psychological Aspects of Mrs Willett’s Mediumship, and of the Statement of the Communicators Concerning Process
(Proceedings, Vol 43., 1935)
by Gerald William, Earl of Balfour

Path Press is sharing this digital version of the original copy with the permission of the Society for Psychical Research since this book has been recommended by Ven. Ñāṇavīra Thera in his letters, described it as “a fascinating book”, but it could not be obtained in bookshops or on any online library.

“[T]his book seems to me to be quite exceptionally good evidence for [rebirth]; and the various philosophical problems discussed (between the living and the dead) are themselves of no little interest.” (CtP, p.307)

“The book contains an account of some extremely high quality ‘communications’ purporting to come from the deceased members of the Society for Psychical Research (Henry Sidgwick, F.W.H. Myers, E. Gurney, S. H. Butcher, A. W. Verrall, William James) and addressed to Oliver Lodge and Gerald Balfour (the author). The book does not discuss the question of survival at all but accepts for the nonce the ‘communications’ at their face value—i.e. as actually coming from the (late) individuals that they claim to come from—and then, with this assumption, proceeds to discuss how the messages were transmitted and the actual contents of the messages—but the contents of the messages are themselves actually a discussion of how they were transmitted. Anyway, I found the book of remarkable interest from several points of view; and I thought that you might like to see it. I know that some people find such books (i.e. on mediumistic communications) extremely distasteful, and I shall not press it upon you. In any case it is not to be regarded as an attempt to ‘prove re-birth’ to you (re-birth, anyway, cannot be proved as one ‘proves Pythagoras’; whether one accepts—or rejects, as the case may be—the account of some event as ‘evidence’ for re-birth depends upon one’s temperament and one’s presuppositions): I merely remark that since, as you know, I accept re-birth as a matter of course, I found no antecedent obstacle opposing my taking part (by way of marginal comments) in the Myers-Gurney-Balfour controversy about the divisibility of the self. But, whether you read the book or not, would it be too much if I were to ask you if you could possibly get the book bound for me? I think it is worth preserving, and it will not last long with only paper cover.” (CtP, p.475)